While the Ford F-150 is vitally important to The Blue Oval’s North American operations, it isn’t the only region where the full-size truck is sold. In fact, it’s been quite popular in the Middle East for some time, where it’s become a best-seller. Now, Ford has officially launched the 2021 Ford F-150 there. While the Middle Eastern 2021 Ford F-150 is largely similar to the version currently on sale in North America, The Blue Oval did make some changes to the truck. For starters, the company equipped XL models with improved seating materials that are more soil-resistant, while also outfitting them with a two-tone design. A standard dual glovebox was similarly equipped to better align the truck with regional preferences.

“We see it as our duty to deliver not just what our customers want and need, but what they might have never thought possible,” said Pedro Simoes, Middle East marketing director, Ford Direct Markets, in a February press release. “The F-150 is tougher than ever, packed with more advanced technology, and loaded with features that encourage owners to get out and enjoy their trucks more.” Like its American counterpart, the Middle Eastern 2021 Ford F-150 comes standard with an eight-inch touchscreen equipped with Sync 4, which boasts wireless Android Auto and Apple CarPlay capability. The lineup also features the optional 12-inch infotainment system, available on XLT high series and above. Customers using their trucks for work purposes will also be able to outfit their cabin with the optional Interior Work Surface and the class-exclusive Max Recline Seats. The Interior Work Surface is available throughout the lineup while the Max Recline seats are available on Platinum and Limited trims. Three V6 engines as well as the Ford 5.0L Coyote V8 will be offered in the Middle East-market 2021 Ford F-150. Among that list is the segment-exclusive Ford 3.5L PowerBoost V6 hybrid powerplant, which can be paired with the 2.3 kWh Pro Power Onboard system if desired. For Middle Eastern customers, Ford outfitted one of the bed-mounted outlets with a 230V three-pin socket. The 3.5L EcoBoost V6 is also part of the lineup. The Middle Eastern rollout of the 2021 Ford F-150 arrives not long after the 2020 Ford Mustang Shelby GT500, which launched in the United Arab Emirates in the fall of 2020. Prior to that, Ford had been racking up awards in the Middle East for the Ford F-150, Ford Mustang, and Ford Expedition, among others. Ford currently sells vehicles in 11 Middle Eastern countries, including Saudi Arabia, Qatar, and Kuwait.

Maybe instead of driving these trucks across the sand dunes or creating new "lightning" electric golf cart f-150s you could try focusing on just completion of the truck builds that have been previously (months ago) ordered by your formerly loyal customers that you are about to lose? 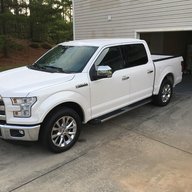 Ron said:
Maybe instead of driving these trucks across the sand dunes or creating new "lightning" electric golf cart f-150s you could try focusing on just completion of the truck builds that have been previously (months ago) ordered by your formerly loyal customers that you are about to lose?
Click to expand...

The Middle East F150 will experience the same chip shortage issues that the North American F150 is going through.

Loyalty has nothing to do with it. 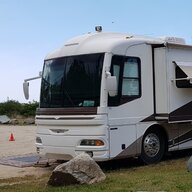 But will it experience rust?
OP

discothan said:
But will it experience rust?
Click to expand...

discothan said:
But will it experience rust?
Click to expand...

Surface rust gives the undercarriage of any vehicle character.
Nothing to worry about. 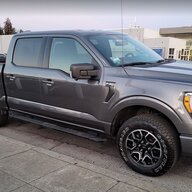 I was in Dubai in April and was shocked to see a new F150. Anti Matter blue rolling around like a boss. 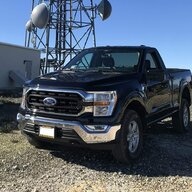