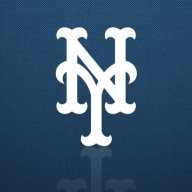 News outlets just reported that GM will be bringing an electric pickup and SUV using the Hummer name, under the GMC brand.

Question is if it'll be an F-150 electric competitor or more of a midsize pickup/SUV?

General Motors Co. will revive the Hummer name to sell a new family of electric pickup trucks and SUVs and will tout the return with a Super Bowl ad featuring NBA star LeBron James, two people briefed on the matter said on Friday.

The vehicles will be sold under the GMC nameplate.

Reuters reported in October that GM planned to build a new family of premium electric pickup trucks at its Detroit-Hamtramck plant beginning in late 2021 and was considering reviving the Hummer name, citing several people familiar with the plans.

Hummer, a rugged, off-road brand with roots in the military, was dropped in 2010 after GM's 2009 bankruptcy that also resulted in the demise of Pontiac, Saturn and Saab. GM eventually shuttered Hummer after a deal to sell the brand to an obscure Chinese machinery maker was blocked by Chinese regulators.

GM plans to build four electric vehicles at its Detroit-Hamtramck assembly plant in Michigan by the end of 2023, LMC Automotive told Automotive News in November.

Detroit-Hamtramck was one of four U.S. plants slated to close last year as part of a sweeping restructuring plan, but it was spared by the new labor contract with the automaker that UAW members ratified in October.

GM agreed to invest $3 billion and use the factory to build electric pickups and vans.

Production of the rumored Hummer and another EV will likely start in 2021. It will be followed by electric Sierras and Escalades in 2023, LMC Automotive said.

The investment moves the automaker into a part of the EV market that is largely untested and where GM has a higher likelihood of turning a profit, analysts said.

Electric versions of pickups and SUVs -- the heart of the U.S. market -- could help Ford and GM generate the significant sales of EVs they will need to meet tougher emission standards and electric vehicle mandates in California and other states.

The Trump administration is moving to roll back those standards – and eliminate extra credits that automakers receive from EV sales but the electric trucks are a hedge if California prevails.

Reuters contributed to this report. 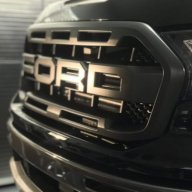 Wait, another electric pickup?! Has anyone bothered asking pickup owners if they care much for an electric version? I can't imagine there's enough demand out there to buy up all the electric trucks that's gonna be on dealer lots from Rivian, Ford, Tesla, and now GM.

I can understand using a name with some cachet and name recognition but using the HUMMER name to spawn a family of electric vehicles seems desperate and misguided.
Advertisement
You must log in or register to reply here.
Share:
Facebook Twitter Reddit Email Link
Advertisement
Top