What would you do?

I think that the fact that you are considering helping them is admirable and speaks to your character but I agree with the rest that this should not be your problem.
23 Rapid Red Lariat 502A Sport PB, FX4, 360 cam, 7.2 pro power, tow mirrors 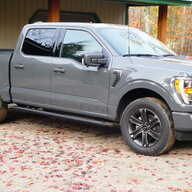 I now buy my vehicles new and research them to the point of knowing more about them than the sales person. When I bought used trucks as a younger man I always checked if everything worked the way it should, especially the four wheel drive. Your buyer should have done the same. This problem is his but I commend you for trying to help him with HIS mistake. I hope all works out well for both of you.

This is the dilemma when selling to the public. You might get a few more bucks.. but you earn/worry your way to them. I use Carmax anymore to get rid of the old vehicles. good luck on closing this deal and you just have to move on. 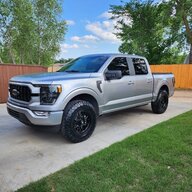 hedge said:
I think that the fact that you are considering helping them is admirable and speaks to your character but I agree with the rest that this should not be your problem.
Click to expand...

wesb2013 said:
On 8/1 my new truck went into production, so I listed my current truck for sale (2014 F150 XLT Supercab RWD). On 8/22 I had a guy make me an offer. Because I didn't have my new truck yet we agreed that we'd wait for it to come in. He was getting a little antsy waiting for it the past couple of weeks, but it finally came in and I sold it to him today. It is a 2014 F150 Supercab. 10 minutes later he called because he couldn't find the 4WD.

The issue is it's not 4WD. I never made any claims that it was 4WD, or did anything to suggest it. When I made the sale I believed he knew it was 2WD. He had the right to inspect the vehicle, and I assumed that if it was important to him he would of asked.

He offered me $500 to undo the deal. By the time this happened the title was signed over, he had a bill of sale that indicated it was sold "as is", I had the license plates returned to the DMV, and I cancelled my insurance.

On one hand, he was willing to wait for 4 weeks to buy a truck that he believed he loved. He even paid asking price for it. I also never specified that it was 2wd. On the other hand, I told a dozen people over the past 4 weeks that it was sold, and I don't know if I'm willing to take the financial risk by undoing the deal Also, if I undo the sale I'm pretty sure I'll have to pay taxes and registration again. We live in Nebraska and the guy lives on a country road, 4WD is pretty important. I made the same mistake when I bought it, and ended up being just fine after 5 extra-snowy winters.

Would you undo the sale or just say its his loss? Or something else?

IMO he had four weeks to look at the truck and it really doesnt take much to inspect it to see if its 4wd or not. It s a tough call but he had the opportunity to see what he was buying

There's no way I'll ever do a trade in.

I sold the truck for $5k more than the best dealer. Plus I had plenty of time to entertain offers before my new truck came in.

All my future trucks are going to be custom ordered so I have time to sell what I have and get substantially more than what I sell it for.

If you order through Granger and sell your truck private party I bet you'd come out $10k ahead.

I went through something similar and would not do it again. The buyer had a chance to inspect the truck before he bought it and 4WD is something that is very obvious. It is up to the new owner to sell it or use it as a trade-in for another truck.
The number-one cause of death in children in the United States between the ages of 1 and 19 is gun violence.

Totally agree. If you’re buying a truck and won’t take the time to figure out exactly what you’re buying then it’s on you.
It’s pretty simple to find out if it’s 4x4
You must log in or register to reply here.
Share:
Facebook Twitter Reddit Email Link

What changes would you make to FordPass?
2 3

What Past Ford Paint Color Would You Like to See Come Back?
2 3 4