What kind of MPG mileage are you getting with your Powerboost?

I did my first highway drive this weekend, got 12L/100km, but the hybrid never came on when driven at highway speed. I this normal?

Vallee said:
I did my first highway drive this weekend, got 12L/100km, but the hybrid never came on when driven at highway speed. I this normal?
Click to expand...

I set the cruise at 120 km's on the Hwy and 10 km's over the speed limit on the back roads. Overall trip up in eco was 20.3 mpg or 11.5 L/100 km.
On the way back same roads and normal setting same speed I got 11.1 L/100 km or 21.1 mpg.
At 120 km's the hybrid seems to use 11.5 L/100 km's with no wind and on flat ground. Electric only does not engage fully until you slow down or are going downhill by what I can see, Though the display does show that the Hybrid is helping to drive the wheels even when the engine is on. Just not fully electric like in the city or speeds below 80 km's per hour seems to be the electric only speeds.
I have not seen it electric only on the highway.

My first partial tank on my Platinum FX4 SCrew 5.5:

This is the first vehicle I've owned where the cluster underreported MPG. 18.8 in comparison to my 2018 F150 FX4 Ecoboost 3.5L SCrew 5.5 is about 4.3 MPG better, given I've been driving about the same conditions since purchase. I'm pretty happy with that for the first partial tank since my truck is fully loaded as well. I think as it breaks in and I learn how to better maximize the hybrid system at slower speeds, MPG will improve.

So I’ve been hand calculating last 3 fill ups. Sometimes it’s only 1/4-1/2 down before I fill.
All three hand calculations are minimum 10% lower than computer says. Had Truck for 1300 miles but something feels goofy about computer numbers .
time will tell. 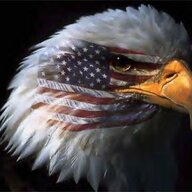 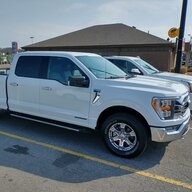 Just picked up from the dealer in Pittsburgh drove almost 400 miles on the Penn turnpike back to south jersey 65-75 mph in eco mostly, pretty impressed so far 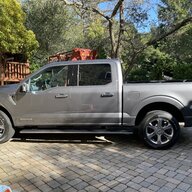 The mileage is one thing, but I really like the range as well. I drove around town for a few days, drove from the Peninsula in NorCal to Tahoe, drove around there for a weekend, and drove back. And I never filled up. Still 100 mi left on the tank. That's a luxury IMO. 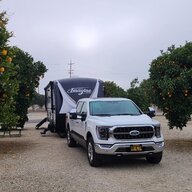 Lippy said:
The mileage is one thing, but I really like the range as well. I drove around town for a few days, drove from the Peninsula in NorCal to Tahoe, drove around there for a weekend, and drove back. And I never filled up. Still 100 mi left on the tank. That's a luxury IMO.
Click to expand...

You didn't even bother to wave as you drove through Sacramento! That was me on the side of the road crying because I haven't gotten my powerboost yet to play the MPG challenge game.

daemonic3 said:
Holy hell if gas was this cheap no one would buy electric vehicles! How did you finagle that deal?
Click to expand...

Wow... you must have a hell of a grocery bill.

Searay50 said:
Wow... you must have a hell of a grocery bill.
Click to expand...

Wait, what? I'm not following

So far mine has about 18 MPG in its young life (150 miles, I got it at 37 miles). But I've been above 20 for the most part, and two solo trips where I could actually try (without my family getting annoyed) I got between 22 and 23. Lots of room to improve as I learn my truck! 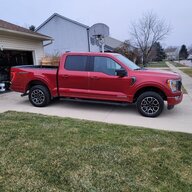 pushrods said:
I am curious to know what folks are getting for MPG for around town and for any highway trip in the real world. I don't expect that towing would see any improvement over the 3.5 Ecoboost, but lots of us buying these are getting them in hopes of overall improved mileage.
Click to expand...

daemonic3 said:
So just for fun I decided to do a "best MPG" run on what I hope is my final trip from Sacramento to San Jose before trading my truck in.

This is NOT from a Powerboost (don't have it yet) but from my 2017 XLT 3.5 Ecoboost 4x2 3.55 ratio. The EPA rating is 18/25 on it, but I can beat that by going 55-60mph (getting like 26-27mpg). So I used mostly highways and country roads where going that speed isn't annoying to anyone. The route also includes stop lights and stop signs in a few towns, which hurts a bit. It will be fun to try this exact route when I get my Powerboost! Would be awesome to break that 26mpg barrier that is so elusive... Well, I am a very sad boi right now. I decided that for my first trip from Sac to San Jose, that I would do the same route that I call my "MPG run" because I can take highways where they are 55-60mph without bothering anyone. The above pic was my 2017 3.5 EB XLT 4x2 with 3.55 ratio. It didn't occur to me that it was probably my final trip with that truck and to do the MPG run until about 20 miles in, which is just flat getting out of Sacramento and doesn't affect the overall number really.

I am pretty sad, to put it mildly. I tried EVERYTHING!
To sum up:
I do not believe it to be any of the following reasons:
Lastly, in the first 120 miles or so in city driving, I have not come close to 24 MPG on any trip. Always between 18 (not trying) or 22 (TRYING REALLY HARD). I was attributing this to learning curve but I am not seeing light at the end of the tunnel if there isn't even ANY speed to "run up the score" above 26 MPG! 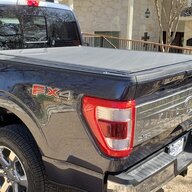