Does anyone happen to have the OBD Fusion PID equations for OAR (Octane adjust ratio) and Knock?
Any other recommended PID's that are helpful to monitor while towing a travel trailer?
Thanks, 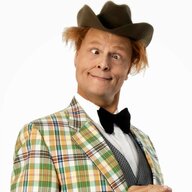 I have this PID working for OAR KR should already be available in the Ford pids available Snakebitten said:
I have this PID working for OAR

KR should already be available in the Ford pids available

Thanks! Got the OAR working
For the Ford specific PIDs, is that a purchased extra within the OBD fusion app?

bb12 said:
Thanks! Got the OAR working
For the Ford specific PIDs, is that a purchased extra within the OBD fusion app?
Click to expand...

I honestly don't think I was charged for it, but maybe you get the first vehicle that you choose free?
I don't remember specifically because I am bad about TRYING them all. At least any of the ones that have a decent following.

I have so many OBD adapters and devices and apps and...... Lol

I'm an old man from the analog Era so you would think that I would complain about all this modern whiz-bang technology. But I'm fascinated by it and my kids would use terms like obsessed to describe how their dad is found sitting inside his cars and trucks late at night staring at a phone/tablet/laptop.

By the way, I'm one pid away from having everything I need for retiring my trusty Ngauge.
I purchased the Ngauge 6 years ago in order to tune my 2018 3.5 Ecoboost F150. It's a fantastic device for monitoring the truck because HPTuners did a great job of including everything you could possibly want to monitor in its firmware. However it was discontinued and nothing like it has ever come along to replace it. Surprisingly it still works perfectly with the Gen14 F150 with the Gen3 3.5 Ecoboost even though HPTuners does not yet support the new pcm.

The one pid that I have not been able to discover anywhere is Oil Pressure. I don't think I am willing to live without it, so I have until the Ngauge dies on me to figure out how the Ngauge reads oil pressure, OR I will need to install an aftermarket oil pressure sensor/gauge kit of some kind.

Interestingly Forscan also has the pid, but I have no intention of using a laptop as a monitoring device. I wish I was smart enough to reverse engineer things like Forscan in order to sniff out those pid parameters. I'm surprised that oil pressure isn't desired enough for the gurus to have cracked it by now. (Like they did for OAR)

And since we're discussing things like pids, (and now Forscan) I also wish I better understood the method that the Forscan gurus use to figure out the various "mappings" of each module and then the potential edit-values to get the altered results. Those geniuses have already mapped out the VDM module on the trucks with CCD suspension. But nobody has worked on potential edits that would allow you to alter the damping settings that Ford has buried in that AsBuilt strings.

For example: one string represents the weight of the wheel and tire combination. So theoretically you could edit those values to falsely state the wheel/tire weighs more than it actually does! Wouldn't that possibly lead to the damping being increased as a result? Effectively allowing you to "tune" the damping curve accordingly?

All I really am wanting is to fool the VDM into giving me the suspension settings that Ford programmed into Sport Mode, but for when I'm in Normal Mode. CCD is a fantastic concept, but Ford is way too conservative with it, especially in Normal mode. I don't want it to ride like a Buick. I'm not THAT old.