We caught another Ford F-150 Raptor prototype with much of its headlight uncovered, revealing a new, amber-colored LED signature to further differentiate it from the rest of the F-150 range.

Further Visual Differentiation Between Raptor And F-150 Range
The 2021 F-150’s new headlight design consists of a bright white LED signature, but that does not appear to be the case with the Ford’s updated take on the Raptor. The latest Raptor prototype’s LED elements are clearly different, with a decided amber-colored tint to the LED signature. The unique look is evident in our close-up photos, and further driven home with our shots driving in the shadow of an underpass.

It appears that the new amber LED signature lights will provide a new element of differentiation between the Raptor and its lesser F-150 brethren. The amber-tinted feature will better tie in with the federally-mandated amber market lights that have always been a part of the Raptor’s design, thanks to its wider front- and rear tracks.

FORD Grille Treatment Caught Clearer Than Ever
We also caught another prototype with our clearest evidence yet that the Raptor’s signature FORD-emblazoned grille treatment will continue on in the new 2021 model. The camouflage on the Raptor’s central grille nicely outlines the FORD lettering on this particular prototype. 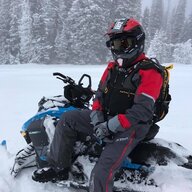 the only question that really matters is WHICH ENGINE will it have...
2021 F150 Platinum Rapid Red Powerboost FX4 with 701A Equipment Group.
And every single freaking option that ford offered!!
Advertisement
You must log in or register to reply here.
Share:
Facebook Twitter Reddit Email Link
Advertisement
Top