The 2021 F-150's grille is an evolutionary form of the outgoing truck's, but it also bears resemblance to its midsize brethren, the Ranger. Altogether, though, its slender construction helps to shape a lean and more muscular front end. It's bisected by a bar that runs from one headlamp to the other with the Ford logo, of course, plastered proudly in the middle. It's unclear which trim level the photographed truck might be but expect the grille inserts to change between models. This helps distinguish each variant, from the utilitarian XL to the nearly-$70,000 Platinum.

Subtle lines such as a higher hood help construct this new look as well. Blink and you'll miss the front bumper-mounted fog lights, as the camo hides the small cutouts that feature thin DRL strips and define the F-150's appearance during the day and night. Collectively, the Ford now sports a chiseled face that's decisively less round than the half-ton it currently offers.

There's not much to glean from the rear of the truck as everything looks fairly standard issue.

When the F-150 prototype was finished road testing in Dearborn, Michigan, our spy photographers report that it was pulled into the same facility where Ford keeps its hybrid and plug-in hybrid models. No visible outlet covers can be seen in the photos, so it's our belief that this truck falls into the former category. [This has since been confirmed in the leaked engine lineup document]. 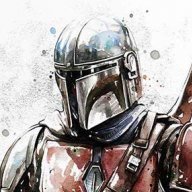 Do we think this grille will be exclusive to the hybrid F150 HEV trim?

Looks like the power deployable running boards go back behind the cab so you get a step bar for the box. Neat idea, similar to GM though... 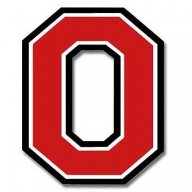 NBNEWCAR said:
Looks like the power deployable running boards go back behind the cab so you get a step bar for the box. Neat idea, similar to GM though...
Click to expand... 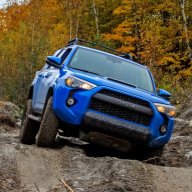 Lariat or Platinum grille on this one?