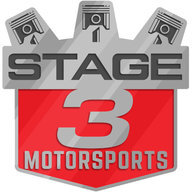 Husky @ Stage 3 many presently on sale and in stock! F150 Husky WeatherBeater Features:
Complete Front and Rear Floor Liner Kit for Total Protection
The only thing better than getting one Husky's WeatherBeater Floor Liners for your 2015-2021 F150 is getting a complete package for both the front and rear seats of your F150. Husky's Complete WeatherBeater Front and Rear Floor Liner Package gives you and your F150 both a front and rear WeatherBeater floor liner so that you get total protection for your F150's floor carpets all in one place. The WeatherBeater floor liners themselves are high-quality floor liners that contour perfectly to your F150's floor boards and give your truck's carpet near-total protection from the grime you and your passenger's can drag in while having fun out in the muck or while doing work out on the job. This package gets you both a front and rear liners with a black finish that looks great in pretty much any cab. CAD Designed with Precise Laser Measurements
Each WeatherBeater Liners are made out of nearly-indestructible materials and are precisely designed to perfectly fit and protect your F150's floors. Each WeatherBeater floor liner starts out as ultra-precise laser measurements of your truck's floor boards, before going through a CAD design process to ensure flawless fitment in your F150. The liners are made out of high-quality rubberized plastic compound that can hold up to serious abuse and is resistant to all sorts of grime and chemicals so that your carpet stays protected through any mess. Both the front and rear liners feature multiple molded ridges in their step surfaces and raised ridges that work together to keep water and grime trapped on the liner and away from your the rest of your F150's interior. The liners are designed to drain out your door jambs and come with built-in provisions for the stock floor posts as well as cleats that dig into your F150s' carpet. Husky makes their liners in the USA and backs them with limited lifetime warranty.