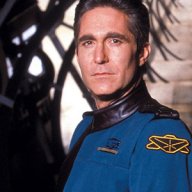 I fully realize that what’s likely an embarrassingly-sized portion of what I do here is to complain about things in the auto industry, like some cranky old bastard with hemorrhoids and a lifetime of regret. But I’m pretty sure my hemorrhoids have cleared up, and I also give credit where it’s due, which is what I intend to do right now. Specifically, I want to give Ford credit for its instrument cluster design for the new F-150, which is boldly non-skeuomorphic.

On the off-chance you’re not a pedantic little numbnuts like myself, you may want a quick definition of skeuomorphic. Usually, this word just refers to digital interfaces that look like real-world things, often needlessly.

Now, some skeuomorphism really isn’t bad, as it helps us understand how to use things via analogies we understand in the real world, but it can also become a crutch that actually restricts the potential of what new technologies can offer.

Some car instrument panels are excellent examples of this. Screen-based displays instead of conventional mechanical instruments could have meant that entirely new and better methods for displaying information could have been developed, yet nearly every carmaker has so far insisted on just re-creating the look and behavior of physical gauges: There was a lot of wasted potential there, and while there have been some examples of carmakers experimenting with designs that didn’t seek to just ape analog gauges, they were pretty few and far between.

Interestingly, a lot of the examples that sought to really re-think instrument clusters came from the 1980s, when the digital display tech was simply unable to re-create realistic-looking physical gauges, so carmakers were forced to try new things It was a dramatic improvement in display technology with color LCDs that made the retrograde step of mimicking analog gauges even possible at all, oddly.

Anyway, Ford has finally decided to abandon the round-gauge mimicry instrument panel (IP) design concept and has jumped quite fully into really re-thinking what a dash can be like.

Here, check it out:

There’s still a hint to the old style of physical gauges with the round shapes, but, really, that’s about it. There’s no fake needles or simulated chrome trim or any bullshit like that. Just some good, clean information design.

The typography is stylish but clean and highly legible; essential information is clear and readily apparent, and while that CG F-150 isn’t really necessary, Ford’s gonna Ford so why the hell not.

There’s a consistent design vocabulary happening here, and when the interface changes, as you can see above when it’s in “slippery” mode, the amount of information is greatly reduced, but the key elements that are retained crucially stay in the same place, so your eye doesn’t have to re-learn where to go with every variation. That’s good thinking.

All of the special condition driving modes appear to waste a lot of real estate with the big CG truck animations, but, if the goal is to reduce the amount of information clutter when driving in more demanding circumstances, then this makes sense.

Situations that demand more information for the driver—like the towing configuration shown here—do resize key elements of the display, but, again, keep their positions consistent.

I think Ford’s designers did an excellent job with the IP design. I don’t think they’re the first to completely reject skeuomorphic gauge cluster design (the Tesla Model 3, for example, takes a clean-sheet approach as well), but I believe they’ll be the biggest manufacturer to do so, and the F-150 will likely be the largest-selling platform to feature such a design, and will likely give more people a taste of this new way of thinking about dashboards than any has before.

So, good job, Ford. Now make a nice, small reborn Ford Courier with this kind of dash and I’ll really be excited.

Agree with the article. Didn't expect the instrument panel and gauges to be one of my favorite things about the new truck but it is. The design language is consistent, the modes transition seamlessly and just the right info is displayed prominently. 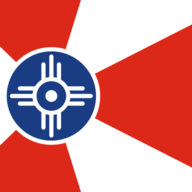 Ford styling just gets me so I agree with the synopsis. It is a nice upgrade and glad to see Ford leading trucks in this area.

On the current gen there are prompts when the navigation is on so it'll be interesting to see if that is incorporated also. I do see they have a footer with some audio and compass information so I wonder if any of that with get a bigger chunk of the screen in any layout.
Advertisement
You must log in or register to reply here.
Share:
Facebook Twitter Reddit Email Link