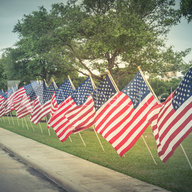 We sure didn't see this coming. The hybrid-powered Ford F-150 PowerBoost took down its bigger brother, the Ford F-150 Raptor, in our latest drag race on a dry lake bed in the desert. How did it happen? Well, it turns out that this surface uniquely suited the PowerBoost, while the Raptor's serious off-road equipment likely weighed it down quite a bit. Let's dive into the numbers below.

Both of these trucks are versions of the 14th-generation Ford F-150, our Edmunds Top Rated Truck for 2022. Let's start with the hybrid model, which pairs Ford's familiar twin-turbocharged 3.5-liter V6 engine with a battery pack and an electric motor. The purpose of this system is ostensibly efficiency — its EPA estimate of up to 25 mpg combined is a big selling point. But it also produces loads of get-up-and-go. The F-150 Hybrid, or PowerBoost, makes 430 horsepower and 570 lb-ft of torque versus the regular 3.5-liter twin-turbo's 400 hp and 500 lb-ft. On the other hand, its tested weight of 5,766 pounds — roughly a thousand more than an equivalent non-hybrid F-150 — is bound to take a bite out of performance.

At a glance, the F-150 Raptor is better suited for a race in the dirt. This is a dedicated high-speed off-road machine, with a wider stance than the F-150 and massive 37-inch tires (an option) for churning up earth and quickly changing direction. It also gets a more serious version of the twin-turbo 3.5-liter V6 that's good for 450 horsepower and 510 lb-ft of torque. So that's more horsepower but less torque than the hybrid-powered F-150. While the hybrid definitely gives the scales a workout, though, the F-150 Raptor risks breaking them. We weighed our test model at 5,961 pounds — nearly three tons even. How it went down
In the first race, the Raptor jumped out to an early lead, but it didn't take long for the hybrid-powered F-150 PowerBoost to catch up. It reached 60 mph in 6.1 seconds, better than the Raptor at 6.3 seconds. The gap widened down the stretch, and by the end, the F-150 Hybrid hit an impressive speed of 95.5 mph in a 14.3-second quarter mile. The Raptor did the deed in 14.7 seconds.

The second race was more of the same. This time the Hybrid was even quicker, rocketing to 60 mph in 5.8 seconds and finishing in 14.2 seconds. The Raptor couldn't find any extra time and posted identical numbers from its first race. Finally, in the rolling race, both trucks began from 30 mph and gunned it — once again, the Hybrid pulled away and finished in 13.3 seconds to the Raptor's 13.9 seconds. Edmunds says
Hybrid power is no oxymoron. The F-150 Hybrid won easily every time, which speaks more to the capability of its impressive powertrain than to its prowess as a performance truck. The Raptor is still an exciting off-road athlete, but after decisive losses to the Ram TRX and now its own hybrid sibling, we're even more eager to test the upcoming Raptor R and its inevitably much more powerful V8. 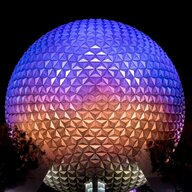 Embarrassing for the Raptor but when you look at the stats (HP, torque, weight) it shouldn't be much of a surprise. 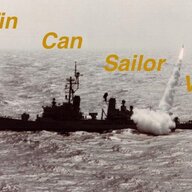 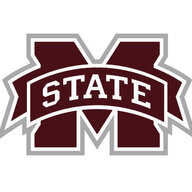 My neighbor just got a TRX. That is one crazy fast truck.
2021 F-150 Platinum Powerboost 4WD
Smoked Quartz

Place your bets - Powerboost vs Raptor in a drag race