Is it only the unleashed 18 speaker system doing it? I’m trying to figure out if the regular B&O is also affected.
OP
OP 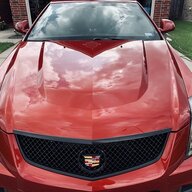 hussar1683 said:
Is it only the unleashed 18 speaker system doing it? I’m trying to figure out if the regular B&O is also affected.
Click to expand...

From this thread, and others that I have read, it seems to be only the unleashed.


Just had this happen for the first time tonight and the screech and the loud pop was ridiculous! Ears are ringing, static still blaring. It’s going into the dealer tomorrow whether the static goes away or not, they need to figure this out before someone has a heart attack! @ford y’all owe me a pair of drawers!

So unfortunately the Dealer visit went about as expected. They told me that they were unable to replicate the problem and they would need to do that in order to do anything. They "reinstalled" the latest update and sent me on my way. Total waste of time. Ford corporate did reach out via phone to see what the dealer did and when I said they did nothing they asked me if I was satisfied with that, lol. Supposedly a case was created, I requested a sync software engineer be made aware and the customer service rep didn't really know how to respond. Good luck everybody.

For anyone just tuning in, based off of the information provided so far in various other forums I follow, The issue seems to be affecting any truck with the B&O unleashed speaker system. I also believe it takes place when the truck is attempting connection to android auto or apple car play, but that is still a question mark.

So far the way I have been able to mitigate this is by starting the truck and verifying connection of android auto, playing music through android auto and when that starts then I start driving. I feel like that is the moment of failure and if you get past that you have a higher likelihood of a safe drive.

Trying to get the word out to anyone with these high end trucks to hopefully save them (and any children with developing ears) from the absolutely ridiculous amount of damage this sound system can do.

This is exactly what I expected, which is why I haven't taken it in.

And FWIW, mine did it before I even started the truck. So unless it attempts to connect to my phone for CarPlay before the vehicle is started, it has to be something else.

The same thing happened to me when I started a car. A few seconds later when it was connecting to ApplePlay an explosion occurred. I thought something blew up in the car. '22 Tremor with Unleashed sound system.

Just yesterday, I was sitting in my truck having lunch and was hearing random not so loud pops from sound system while the truck was not even started. I was guessing it was due to detecting the key move a little in my pocket but just seemed weird. and I believe I the the B&O 8 speaker.

My truck should arrive right around the same time as my newborn. It freaks me out anytime I see the update on this thread. I hope it will never happen with the kid in my truck. I have a regular B&O. Not the unleashed version 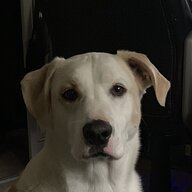 2021 f150 b and o unleashed. Just happened to me. Very loud and I almost hit another car. My stereo though has not returned to an on state despite popo and battery unhook, reseat. I need to pm the official ford rep here. Anyone now how to pm them? This is a serious safety issue! Does sound exactly like an explosion followed by static then off. Screen is black. Even things like. My electric steps quit working. 2 weeks for soonest servi ce appt
Last edited: Jun 23, 2022
2021 F150 Badlander
Smittybilt 15k hidden winch
AFE cold air
The BDS lift is absolutely the best!

Just happen to me today. My truck was off, I opened the door and it made a loud firecracker sound then began the loudest static shuffling sound I have ever heard. Almost like the sound cannons police have for crowd control. I had to disconnect the battery. Nothing else would make it stop. Had this happened while driving it very well could have been a disaster. I'm calling the dealer tomorrow and letting them know of this and if they do not respond I will take it to transport Canada. Having worked in the transport industry as a risk manager for 30 years I have some associates high up. I did make a video of the event.

Yep this happed to me and I nearly had a heart attack. Full volume, can’t turn it off. FMC rep got my stats. B and O unleashed. But my lcd went black and all functions are gone even elec steps won’t deploy. I did reset battery ( oops) nothing changed. My bet is the power amp has issues. No attenuation with volume control. Dealer has not contacted me yet. A TSB is in order. I see it scared a few people when it happened.
2021 F150 Badlander
Smittybilt 15k hidden winch
AFE cold air
The BDS lift is absolutely the best!

RedTXV said:
Today I went to leave the office for lunch. Opened up my door and stepped inside. Before my butt hit the seat, there was an extremely loud electrical sound POP through the speakers followed by loud static. The initial pop was loud enough that I thought somehow windows had shattered, and 4 hours later my left ear is still ringing.

I hadn’t touched anything. No foot on the break, not started, not butt in the seat. I sat there for roughly 30 seconds and started the truck. Static is still coming though all speakers. Truck starts, no problem. Still static. Center screen shows normal with the audio tab. Adjusting the volume on the radio does nothing to the static. No music is playing even though audio tab shows its on. I turn off the radio, still static. Turn it back on, still static.

I powered down the truck and opened the doors. Still static. Got out, closed the doors. Got back in, static still on. So Ieft it.

Come back from lunch roughly 30 minutes later and the static has stopped. Started the truck, everything is normal. Speakers sound good, sub is still working. No issues at all. I thought for sure some speakers would have been blown.

Anyone ever experience this? Any thoughts on what it might have been?

Same thing just happened to me with my 2021 PowerBoost with the Sony Premium Sound System. Extremely loud tone, sounded like a horn, and sounded like every window in the truck broke. Took about 20 minutes of static and cracking and then everything went back to normal. During this time the display worked normally but no music from the radio or Bluetooth. Last week the display was showing multiple screens overlapping each other. Seems like the electronics are going crazy lately.
You must log in or register to reply here.
Share:
Facebook Twitter Reddit Email Link