DETROIT — Ford Motor Co. will use a familiar name to help reveal the next-generation F-150 pickup later this week in an unfamiliar way.

The automaker is tapping actor and Ford trucks pitchman Denis Leary to show off the redesigned pickup during a livestream slated for Thursday night. The automaker originally planned to show the vehicle earlier this year but had to postpone the reveal until now due to the coronavirus pandemic.

Leary, who has worked with Ford since 2008, will serve as the host for the online reveal. He prerecorded some pieces of the program last week, featuring interviews with current truck customers. He said he fell in love with the 14th generation F-150 as soon as he saw it on set and thinks buyers will be wowed with the pickup's new technology.

"People aren't just using the truck for work anymore," he told Automotive News. "Trucks have evolved along with customer needs. You want all the luxury and the technology that your car has, and we've reached that point now."

The pickup is expected to come with a larger center screen, according to spy photos, and is expected to be among the first Ford products to feature its next-generation Sync infotainment system, which includes over-the-air update capabilities.

Leary, who is also a writer and producer, said he's been mostly isolated at home since the coronavirus pandemic started but is happy to help host the reveal.

"This is my first experience going out to shoot something" since the pandemic started, he said. "It made me realize you can actually do it. It takes some more money and more planning and some more space, but you can do it."

While this will be Ford's first online-only reveal, the automaker has staged dramatic unveilings featuring high-profile actors in recent months. Last November, it livestreamed the reveal of the Mustang Mach-E from California that included actor Idris Elba and a performance from the Detroit Youth Choir.

Leary, who is expected to continue working with the brand in the future, said the popular Built Ford Tough commercials are meaningful, since he and his wife, both horse-riding enthusiasts, use F-Series pickups for their hobby.

"We were customers while I was becoming the spokesman, and we've remained customers all the way through," he said. "We beat the living daylights out of our Ford pickups. I can honestly say what I've said in the commercials I've felt was true." 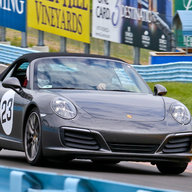 All the more reason to tune in! Denis is hilarious.

It's a good choice I think. With his blue collar working man image he won't seem out of place at all presenting the truck. Mike Rowe would have been a good choice too.
You must log in or register to reply here.
Share:
Facebook Twitter Reddit Email Link