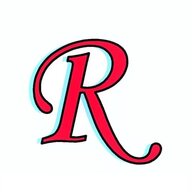 Is anybody having luck with CostcoAuto.com?

​
Wide variations exist, I think, and "they" seem to treat differently:
Some seem to think CostcoAuto is just a lead-generator, ala Edmunds or Cars.com; Others say they've received real discounts, excellent and courteous treatment and a true "no-hassle" experience (as their website promises). 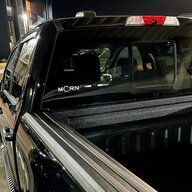 I heard good things about it. I tried to use it, they got me in contact with a local dealer who then proceeded to ignore me. I sent survey requests saying I wasn't happy, nothing done.

I just ended up doing my own shopping instead.

They actually offer good discounts. Usually invoice plus a certain percent. Dealer has to have a deal with them though, and that can be rare. For instance though, with the new Escalade a dealership that had worked with Costco was selling for like 4k off MSRP when a lot of dealerships were charging mark ups. I couldn't find a dealership in any areas that I was trying to buy that were doing it for the F150 though.

I'm using it right now to look for a truck. The Costco site basically just referred me to a dealer after I built what I wanted. They didn't have it in stock, but they have been looking. They had one close and they basically said they could do $250 off invoice plus I got the incentives still. They do have a Lead Foot coming in, but the VIN on the sticker they sent doesn't match the options when I put I put that VIN in Ford Fleet Live. Different gear ratio, bed length, etc. I'm guessing the sticker is right. <crosses fingers> 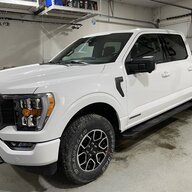 Raicilla said:
Is anybody having luck with CostcoAuto.com?

​
Wide variations exist, I think, and "they" seem to treat differently:
Some seem to think CostcoAuto is just a lead-generator, ala Edmunds or Cars.com; Others say they've received real discounts, excellent and courteous treatment and a true "no-hassle" experience (as their website promises).

So, being in Alaska there is no Costco honoring Ford up here... and I wanted a Powerboost.
So, I used the Costco program to investigate my neighbors, Washington State. I was directed to Sound Ford in Renton. They were so squared away, and luckily because I built what I wanted on Costco, they were able to right away shoot me two models that match my request. Which was great because their website and every other Ford I checked (First week of February) no dealer could properly identify or designate F-150 models as Powerboost. After reviewing theirs I saw that fuel mileage 24/24 was the quickest way to identify Powerboost without having to crack open the Vin tracker or window stickers.
Turns out the first dealer through Costco was all I needed. Those two models they provided were more than I would order specific had I made a special order.
However, I told him I’m also X plan. So, I ended up buying my wife’s truck through them with the X plan and a healthy list of programs incentives.
Not only did Alaska not have a Costco honoring Ford, there was only 1 Powerboost in the state at the time. I saved $11k +- and ended up paying ~$2k to barge it up and in 3 days I had my wife’s new daily driver.
And in as few words possible...

that was my experience. 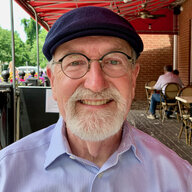 I used Costco to buy mine. My no-haggle price was very close to invoice; I ordered it 3rd week in December and took delivery mid-March. They sent me to a dealer that was about 19 miles away even though there were 4 dealers closer.

I bought mine from Ron DePret ford in Dixon Calif. end of december 2020. Got $700 under dealer cost with costco and a 15% off parts and service from costco
Advertisement
You must log in or register to reply here.
Share:
Facebook Twitter Reddit Email Link