gtotco said:
I use premium but only because I’m in Colorado and regular is 85 here. Since Ford seems to suggest 87 even at higher elevations I figure play it safe and pony up for the good stuff. 87 technically exists at mid grade but Costco doesn’t carry it and their often doesn’t seem to be a huge price difference between 87 and 91. I’ve lately been getting 22 to 23 highway and 20-21 overall on mostly highway driving with about 4000 miles on it, after being in the 18-19 highway 17 overall range for most of the winter when the truck was brand new. I’ve been running premium the whole time so not sure if it has the most to do with engine break in, weather (including not having to run in 4A regularly for snow), or wearing some rubber off the Wrangler Duratracs I have on it but have definitely seen good improvement over the last few months.
Click to expand...

Your statement is 100% correct.

My friend had a F-150 with a very expensive built 5.4 3v with Roush blower, meth injection, etc., and the works. He had it tuned for 93 octane pure gasoline, not thinking that CO only has 90 or 91 in some places. When traveling through CO he filled up rather than walk using their “premium grade” which was 90 or 91 and then immediately encountered pre-ignition under mid to mid/light throttle for the rest of that tank. But that was a race spec motor tuned for max output, with many other “race truck parts” added on the suspension and other areas, so this would be expected if you don’t run the required fuel octane on a race engine.

But in the OEM World Ford can’t put a million engines on the road and not pre-plan that people are going to use the bottom grade gasoline in it, All the time. Along with those same folks usual 25,000 mile oil change Interval.

I think part of the reason tuned EB motors make 50-90+ HP extra is because Ford leaves so much headroom for extra “tune safety” with their rich fuel curves, overly retarded timing curves, octane sensors in the gas tank, and computer controlled knock retard. Ford has these systems working together to make sure the 25-30PSI of twin turbo max boost doesn’t grenade the internals every time a fuel pump fails or someone gets a tank of bad gasoline.

Chances are you are fine running the bottom end gas in your EB motor regardless of what Ford recommends. If you are overly worried about it, go put 3-5 gallons of E-85 in before you fill up and that will take care of any octane rating deficiencies. 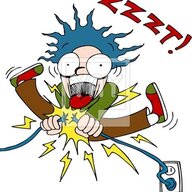 I should add , I have done a lot of idling. Showing off the truck, playing with all the options and tring out different things as I go through the learning curve with all the teck on board. Have to play!!! LOL
Last edited: Aug 29, 2021 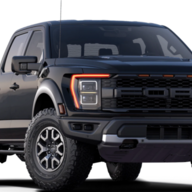 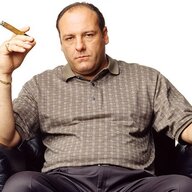 Over 11,000km now mixed driving highway and small city, and 10.8 l/100km overall. Very little trailering, but with winter coming and snowmobile season coming with it, I will see how cold weather and towing a snowmobile trailer effects the mileage.

I’m averaging a 20.2 over the last 6500 miles on Fuelly. Mostly mountain driving and some offroading, plus I live in city (though mostly I just don’t drive around town). 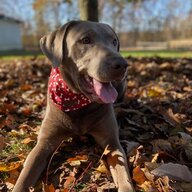 I realize that 61 miles is a small sample size but overall I am pleased with my MPG on my 3.5.
I just completed a 500 mile trip from PA to NC thru the Virginia mountains and averaged 26. (verified at the pump) Stubblejumper said:
Over 11,000km now mixed driving highway and small city, and 10.8 l/100km overall. Very little trailering, but with winter coming and snowmobile season coming with it, I will see how cold weather and towing a snowmobile trailer effects the mileage.
Click to expand...

Winter generally crushed mine, no snowmobile needed. I went from averaging 18.5-19mpg in winter to generally 20.5 to 21 since weather has warmed - so approximately 2 mpg hit just from cold weather, winter gas and driving in 4A.

Not thrilled with the mileage in my 20. Did a decent amount of interstate last tank and got 16.5 despite the trip showing 18.5. A lot of miles in ECO...maybe I’ll try normal.
Advertisement
You must log in or register to reply here.
Share:
Facebook Twitter Reddit Email Link
Advertisement
Top